A 200-tonne tidal gate has arrived in Suffolk, ready to be installed at Ipswich’s new flood barrier.

The delivery of the gate from its manufacturing site in Rotterdam, Holland, is a significant step towards the completion of the Environment Agency’s £70million project.

The work was carried out by the main contractor VBA, a joint venture comprising VolkerStevin, Boskalis Westminster and Atkins, and Hollandia a sub-contractor for the Environment Agency.

It took two years to design and build the gate and 24 hours for it to be transported across the North Sea, finally passing under the Orwell Bridge and entering Ipswich early on the morning of Friday, October 27.

The gate is 22 metres wide and will stand nine metres tall when in its ‘closed position’. It is finished with five tonnes of special paint that will help protect it as it spends most of its life under water.

The gate is currently on a barge in the Port of Ipswich, while a crane big enough to lift it into place is delivered to site and constructed.

Neil Dorling, project manager at VBA, commented: “We are pleased that the gate has arrived as it achieves a significant milestone for the project, it is vital to the work we are doing to protect thousands of homes and businesses.”

The 1,000 tonne crane will be assembled on the construction site on the middle island of the Port of Ipswich.

Once the crane is complete, the gate will be installed into the barrier structure in the upright position, which will be its ‘maintenance position’.

The main hydraulic rams and control systems can then be installed and a further eight week testing period will then commence.

Andrew Usborne, project manager, said: “This is a key milestone for the project and sees the final elements of the barrier arriving on site.

“The construction of the crane will take several day, and this is a very busy period for what has been a long-running project.

“It’s another step closer to significantly improving the flood protection for Ipswich.”

The final element of the scheme involves building a tidal barrier across the New Cut River in Ipswich with associated works to tie it into the new east and west bank walls and gates. The barrier is expected to be operational in the spring of 2018. 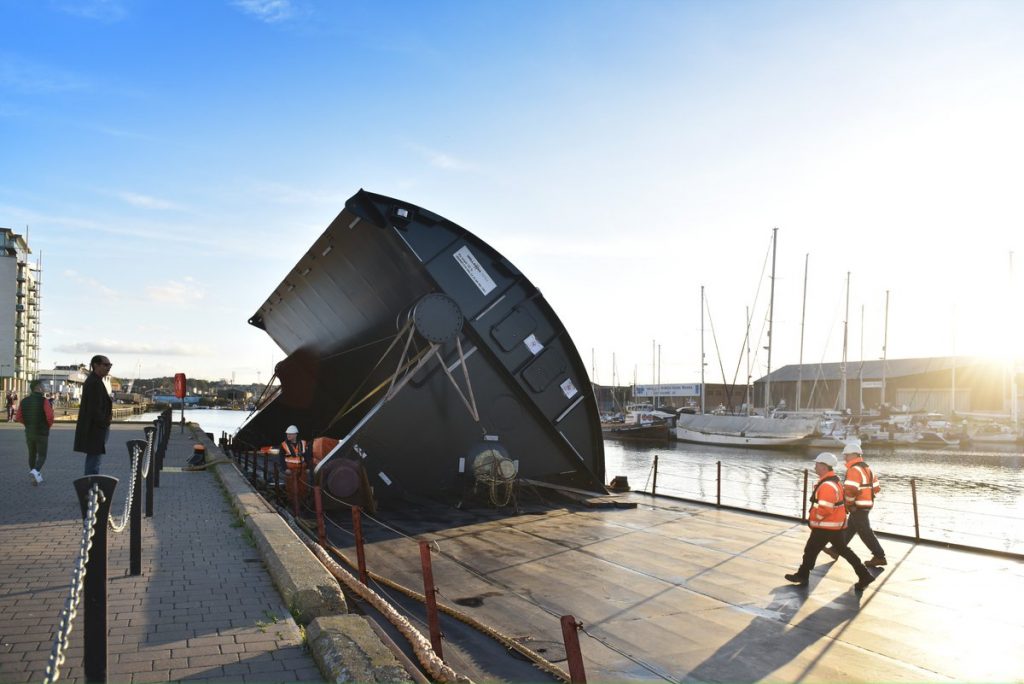